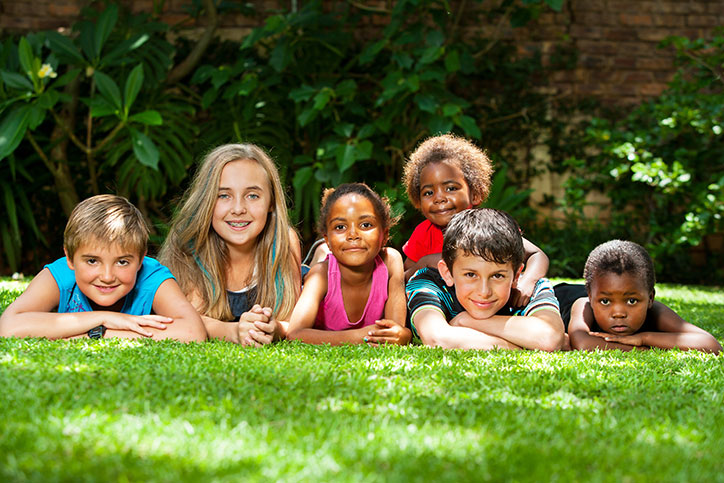 Many people are often surprised when they hear just how many cases we handle each year. In 2018, that number was about 39,000. That means our phones rang about 106 times every day with a new case! Roughly 31,000 cases were about exposures in people; the rest were about animals or general calls for information.

Over the next few months, we’ll take a look at some of the most common substances mentioned in the calls we receive. To make it more interesting, we will break them down by age group.

The top three poisons for young children stayed the same in 2018. For more information, you can read the blog here. Young children accounted for 38.9% of cases in 2018.

Up next are children who are 6-12 years old. This group accounted for 7.2% of exposures in 2018. The top three poisons reported were:

Pain relievers such as ibuprofen and acetaminophen make up the third most common poison exposure in this age group. Pain relievers can be found in almost every household. Proper storage is key to keeping children away from these medicines. Generally, these cases involve dosing errors. As children become more independent, they sometimes try to self-administer medicine. Before parents permit their tweens to self-medicate, it is very important to teach them how to read a medicine label and properly use it. The Scholastic OTC Medicine Safety program is a great resource. It is recommended that parents still supervise medicine use during the tween years.

It is important to teach tweens that eating foreign bodies can be harmful. Items commonly swallowed include objects like toys, glow products, silica gel, or coins. Sometimes these items are ingested on dares. Tweens enjoy daring their peers, and the peer pressure drives them to follow through with them. Unfortunately, some dares can be dangerous.

Like foreign bodies, tweens also are dared to eat products such as hand sanitizer, soap, sunscreen, mouthwash, and toothpaste. Other reasons for this exposure include curiosity and unintentional misuse.

Our last age group for children include those ages 13-19 years. This group accounted for 8.9% of exposures in 2018.

Kicking off the top three poison exposures among teens are stimulants and street drugs. The two major drugs that account for exposures in this age group are ADHD (attention-deficit hyperactivity disorder) medicines and marijuana. We receive calls about other drugs, as well, but they are less common. Teens often take ADHD medicine that is not prescribed for them, but for their friends or classmates. Parents should talk to their children about the dangers of taking medicine not prescribed for them. The teens who are prescribed ADHD medicines may misunderstand the directions, or not think they are dangerous since they are prescribed for them. If one pill will help them concentrate, two or three will make it even easier to concentrate. Right? Wrong. Make sure teens who are prescribed medicines understand the directions, and know that if they take more than directed, they can hurt themselves. Marijuana is the other substance often misused among this age group. Teens try drugs like marijuana usually because they are curious or pressured by their peers. Marijuana is commonly used in a social setting, so their friends may pressure them into smoking because it’s “cool.” What they don’t think about are the effects marijuana has on the body. According to the National Institute on Drug Abuse (NIDA), marijuana is the most commonly used illicit drug in the United States by teens.  You can visit NIDA’s marijuana page for more information and resources.

Medicines used to treat depression are commonly prescribed in this age group. Due to the stress teens experience from school, family, and/or social interactions, some teens may need to take antidepressants. Exposures are usually unintentional dosing errors, but others are attempts at self-harm. It is important that parents feel comfortable with their child self-medicating before they give them the independence to do so. Suicide is a tragic occurrence at this young age. Antidepressants, although convenient, should not be left out on counters or nightstands between doses. They need to be stored up, away, and out of sight like other medicines.

Pain relievers are common in everyone’s home. Some of these exposures involve dosing errors, but others are teens trying to hurt themselves. Opioids are also included this category, but there are only a small number of cases linked to them in this age group. However, opioids have driven this category in past years, as teens are commonly prescribed these drugs after dental procedures. Parental supervision is strongly encouraged when teens are taking an opioid pain reliever. The good news is opioid exposures in teens have declined in recent years. All pain relievers pose a risk if taken in the wrong amount, in the wrong way, or by the wrong person. Store these medicines up, away, and out of sight.

If you suspect a child has been exposed to a potential poison, call 1-800-222-1222 right away. Our poison experts are available 24/7/365 at no charge to you. And, be sure to check back next month as we explore the top exposures in adults.

Emily is responsible for public education and communications at the MPC. This includes going out in the community, and curating the content on MPC’s social media pages, including, Facebook, Twitter, YouTube, and this blog! Emily loves working with people of all ages, and as a Maryland native, wants to reach out to all Marylanders with our poison safety messages.