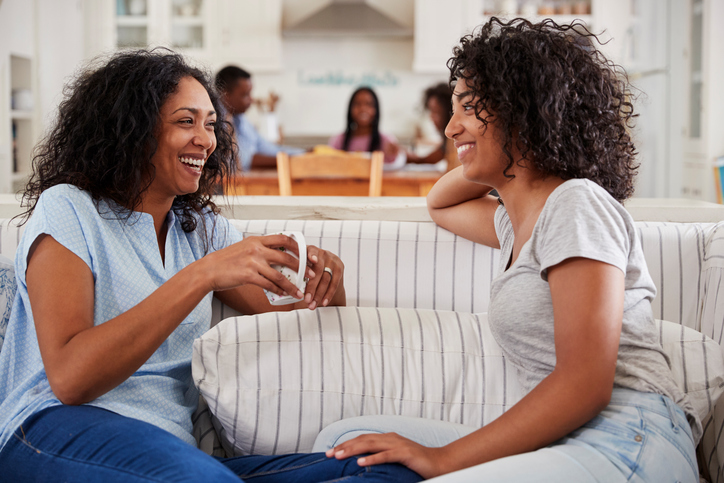 Parents, do you feel like you are always one-step behind your kids when it comes to their knowledge of the world they live in?  If so, you’re not alone! Evidence shows children whose parents talk to them about substance abuse are less likely to use or abuse substances. By educating ourselves, we as parents can explain why some choices could have dangerous outcomes and set clear expectations. To have successful conversations with your kids, start by getting the facts.

Pre-teens and teens are part of the current opioid crisis in the U.S. Young people feel it is safer to abuse prescription medicines than drugs like cocaine or heroin since they are approved for a legitimate use. However, misusing medicines can have harmful consequences, such as overdose or addiction.

More than 14% of Maryland high schoolers report taking a prescription medicine without a doctor’s prescription. Where do they get these drugs? Most likely from your home or from friends. One example is something called a “pharming” party.  Everyone brings something from their home medicine cabinet, adds it to a bowl at the party, and the teens help themselves to a handful of “mystery” medicines.  Other teens find websites that tell them how they can drink large amounts of cough medicine without vomiting so they get high.

As a parent you should know what medicines are in your home and how much are in the bottles so that you can tell if any is missing. Be especially careful with prescription medicines that can be misused, like painkillers (opioids like oxycodone or hydrocodone) and ADHD medicines (amphetamines or methylphenidate).

Safe medicine use resources: Scholastic’s OTC Medicine Safety and the State of Maryland’s Before It’s Too Late Campaign

Products commonly used as inhalants include spray paint, keyboard cleaner, air freshener, gasoline, cooking spray and whipped cream. These products are found in the home, are easy to get, and are cheap.

The number of pre-teens and teens using inhalants is going down, but parents should be still be aware of this potential hazard. In Maryland, about 6% of middle schoolers report ever using an inhalant to get high. Using an inhalant can be deadly, even with one use! Long-term use can lead to permanent brain and kidney damage.

Although youth alcohol use continues a long-term decline, kids are still drinking alcohol. As a parent of a teen, I am personally shocked to know that almost 50% of Maryland’s high schoolers report ever trying alcohol and about 25% consider themselves current drinkers! Alcohol use impairs judgement, and teens who drink are more likely to develop an alcohol use disorder later in life.

In addition to drinking socially, they are often creative about how they use alcohol: soaking candy in alcohol, soaking tampons in alcohol, and putting alcohol in water bottles. Parents should monitor the contents of their liquor cabinet.  Keep in mind that resourceful teens may replace the alcohol with water or other similar colored liquid.

Marijuana is the most commonly abused drug by teens, other than alcohol. Messaging about marijuana can be confusing for teens with some states legalizing it and with medical marijuana coming to Maryland. Marijuana available today is more potent than the marijuana available when we were young. Researchers are still trying to determine how teen marijuana use may impact the brain long-term.

These are man-made mind-altering chemicals that are created illegally in labs.  They can be sprayed onto shredded plant material and smoked or sold as liquids for use in e-cigarette devices.  Teens may buy them in convenience stores or on the internet. They may be marketed as “natural incense” under names like K2, Spice and many others. Despite the name “synthetic marijuana,” it’s important to know that these products have a much more powerful and unpredictable effect on the brain than marijuana.

While banned in many states, including Maryland, labs stay a step ahead by constantly tweaking the chemicals. That way they have created a new drug that is not included in any ban. Using these substances is like playing Russian Roulette: you have no idea what you might be using. This can lead to unexpected and life-threatening health problems like heart attack, stroke, seizures, or kidney damage.

All statistics I mention are from the Youth Risk Behavior Survey (YRBS). This is a nationwide survey created by the CDC and implemented in Maryland schools. For more information on the survey click here, and for data specifically from Maryland click here.

For more general information on talking with your kids about substance use, I recommend these sites:  Partnership for Drug Free Kids, NIDA: National Institute on Drug Abuse, and SAMHSA: Substance Abuse Mental Health Services Administration.

Angel has been with the Maryland Poison Center for more than 20 years. As a pharmacist and certified specialist in poison information, she answers poison emergency calls to the MPC and is also the coordinator of public education and outreach efforts. As a mom of a teen and a young adult, Angel is passionate about helping parents communicate poison safety to their kids.